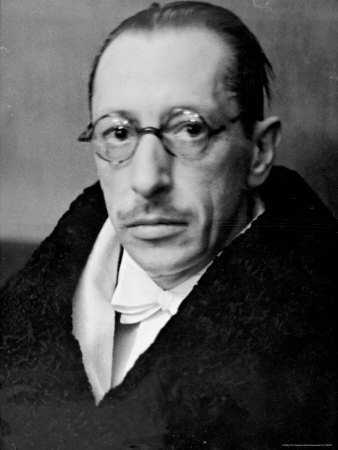 Well, here we are.  I’ve been out of town performing and that’s made me a little negligent when it comes to writing for my blog.  I’m going to fix that with a bunch of posts this week before I go out of town again.  Today, we’re going to get our tournament down to the final four.  There are some surprises and there are some predictable results.  I hope you enjoy!

The Beethoven Bracket had few surprises.  The regional champion is, of course, the King of Symphonies, the 9th.  Both Mahler (the 9th) and Brahms (the 4th) made strong efforts, but couldn’t quite pull the upset.  Many (myself included) feel that Mahler’s 9th is his best symphony.  Its tonality is similar to that of Tristan, and even though the work is in D major, it isn’t the least bit happy.  For Brahms, the 4th is a big symphony of small ideas.  The finale is either a giant chaconne or pasacaglia depending on who is lecturing that day, and is so cleverly written that scholars even disagree on the number of variations.

At the end of the day, though, Beethoven wins with his magnum opus, the 9th symphony.  All you have to do is say “9th Symphony” and people know what you’re talking about.

Another bracket with few surprises, the Stravinsky Bracket had some of the best of the 20th century fighting it out to get to the final four.  Copeland’s 3rd Symphony, considered by many to be one of the finest symphonies ever written (forget about just the 20th century), gave its best but couldn’t get past Stravinsky’s great riot-inducing ballet.  Beethoven also tried to take down Igor the great, but even the Missa Solemnis, which is one of the finest masses ever composed couldn’t quite do it.  I might have voted for Beethoven for the violin solo alone!

Stravinsky’s Rite of Spring is one of the most important works ever composed.  The rhythmic detail and harmonic intensity are unmatched in Western music.  Prokofiev famously said that Stravinsky is “Bach on all the wrong notes.”  To me, this is a compliment.  Stravinsky was a master craftsman and The Rite of Spring is his best creation.

Mozart’s music is great.  Period.  But can he withstand some of the other great music in this bracket?  As it turns out, no.

The number 1 seed, Don Giovanni had a very difficult bracket.  Unfortunately for Wolfgang, his great opera was taken out in the regional semis by one of the most important work ever composed, The “Eroica” Symphony.  Because of Beethoven’s 3rd symphony, Western music was dragged kicking and screaming into the Romantic Period.  Without “Eroica” we would have no great works by Brahms, Mahler, Tchaikovsky, or Strauss (Richard or Johann).

Speaking of Mahler, his 2nd symphony won the bracket.  The “Resurrection” Symphony is one of his great works, and it is also his first big success.  The 2nd Symphony is very similar to the 9th of Beethoven.  Both have massive choirs and vocal soloists.  Both have gigantic orchestras, and both start tragically and end triumphantly.

Two heavy hitters of classical music fought it out to get to the final four in this bracket.  In the end, Bach’s great achievement won the day.

I talk about “important” works often.  Along with Rite of Spring and “Eroica,” Tristan und Isolde is definitely in that category.  Without Wagner’s great opera, there would be no Schoenberg (alright with me, but some love his music), Stravinsky, Debussy, or Berg.  Tristan took tonality and redefined it.  Composers were no longer bound by traditional tonality after Tristan.  Unfortunately for Herr Wagner, Bach’s B minor Mass is one of the greatest composer’s greatest work.  Hard to compete with that!

In conclusion, we are finally down to four teams.  Below are my thoughts on these great match-ups:

Beethoven 9th vs. Stravinsky Rite of Spring – This is a heavyweight fight no doubt.  Because they are both considered to be among the finest works ever written, who knows who will win this one.

Mahler 2nd “Resurrection” vs. Bach Mass in B minor – Much as the other match-up is a tough one, this one has two great choral works.  And, again they are both among the greatest works every composed.

Because of the closeness of these works, I am going to need a little more time to come up with a winner.  I hope you all stick around for that.  I also plan on doing this again next year so maybe the brackets will turn out differently.  Thank you for reading, and stay tuned for the results as well as some regular content in the next few days.  I am pulling for Mahler and the upset.  Let’s see what happens.