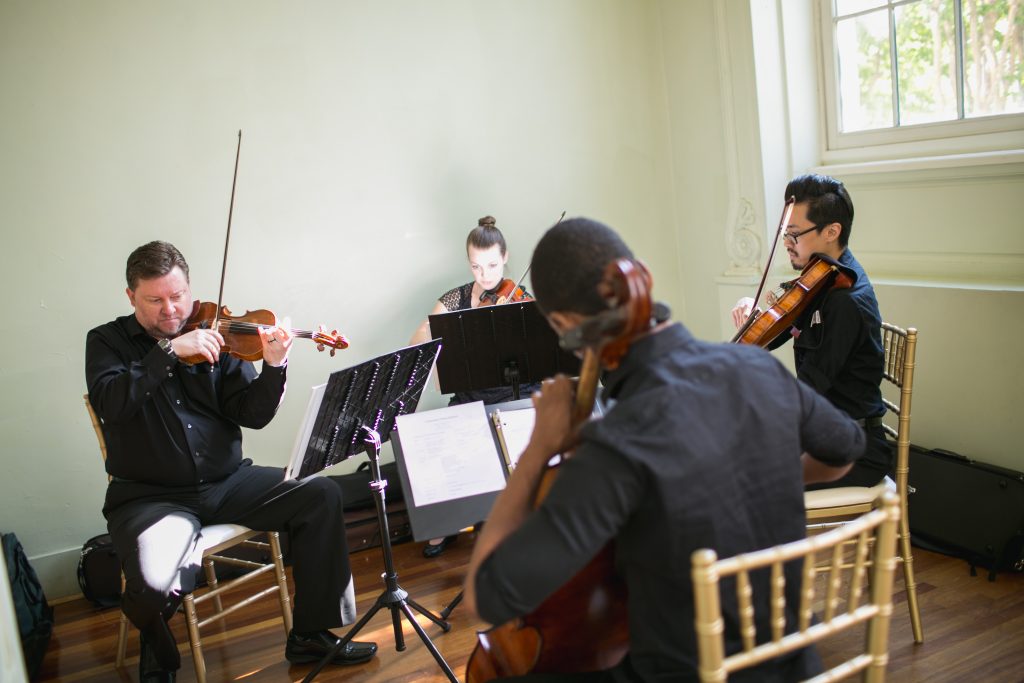 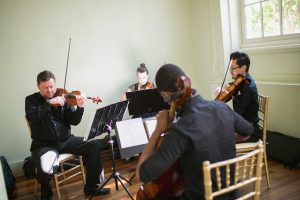 There are three basic categories of classical music that performers can choose from – orchestral music, solo music, and chamber music.  Obviously within those categories are infinite sub-categories and genres, but when we perform, we do so in one of those three ways.  I have loved chamber music since the tender young age of 13 when I went to my first music camp.  This music is what transformed me from a kid who could play the violin into a kid who loved playing music.

What is Chamber Music?

Chamber music is music played by a small ensemble with one person per part.  It is called that because the music is to be played by an ensemble small enough to fit in someone’s living room.  Back when these masterpieces were first written, there were performed just that way.  This type of music can be played by as few as two players (a sonata), or as many as, well, a lot.  The Siegfried Idyll

by Richard Wagner is generally considered an orchestral piece.  However, I have personally performed it as a chamber piece, albeit with a conductor.  How?  We performed it with one on a part in the strings.  It wasn’t easy, but history says that is how the work was performed the first time – in Wagner’s home.

The Brandenburg Concertos by Bach

are also considered orchestral works, but can qualify as chamber works by cutting the orchestra down to one-per-part.  This works best with the 3rd concerto below.

I Thought Sonatas were Solo Pieces

Well, then you’re incorrect.  Both players might believe in their respective minds that they are playing a solo part, but sonatas need to be performed as chamber works.  I perform sonatas this way.  Even though it might be my recital, the sonata needs to be a 50/50 partnership. I can show off with the other stuff.

If you look closely at a sonata’s piano part, you’ll notice it is much more complicated than a concerto or showpiece.  In music school, I desperately wanted to learn the Kreutzer Sonata by Beethoven.  My teacher wouldn’t let me because no accompanist could play it.  No worries.  I learned it later.  Unfortunately, I have never performed it, for exactly the reason my teacher had – no one I know can play it.  It is as much a solo work for piano as it is violin.

The early quartets are the exit from the quartet that was invented by Haydn and perfected by Mozart.  While they share some of the style of Mozart, they forge ahead and try to break free of rigid classical rules.  The middle quartets are all Beethoven.  They define his middle period by being long, difficult, and new.  Many fine players in Ludwig’s day thought the op. 59 quartets were completely unplayable.  The 3rd op. 59 work remains my favorite string quartet (and not just of Beethoven).  The finale is about as much fun as you can have with your pants on.

The most experimental composed to that date were the late quartets.  I was listening to the Grosse Fugue one day at my parents house and my mother was shocked to hear that it was indeed Beethoven.  “I didn’t know he wrote atonal music,” she said.  Well, it’s not exactly atonal, but it’s pretty close.  The rest of the late quartets are similar.  Shorter than the middle ones, these quartets are pure experimental music.  If you didn’t know better (like my mom), you would probably never guess they were written by a dying Beethoven.

There are other composers whose quartets are their best music.  Mendelssohn, Bartok, and Dvorak come to mind. 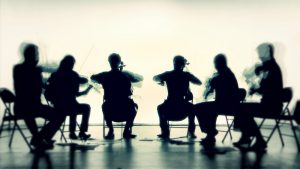 There are plenty of other types of chamber music in addition to the string quartet.  There are trios, quintets, octets, and everything in between.  Again, some of these “different” configurations are standouts in a composer’s career.  The two Brahms sextets for strings are both wonderful.  The first was written early in his career and the second much later.  The difference in style is obvious, but they are both beautiful and fun to play.  Brahms’ string quartets are rather ordinary, but his two sextets (along with the two string quintets, piano quartets, and piano quintet) are fine examples of his music.

are both amazing works, set apart from much of his other music.  He must not have been too crazy when he wrote them.

Finally, we have Mendelssohn.  Good ‘ol Felix wrote some terrific quartets, but sadly overlooked are his two string quintets.  His piano trios are both legendary.  That might be enough for most people, but Mendelssohn wrote the most perfect piece of chamber music ever composed – the Octet.  It’s so great that no one (of note) has written one since.  Voiced as one giant 8-part piece, the octet employs two string quartets.  It is so complex and intricate that you have to wonder how a 16-year-old kid could write it.

Simply put, the most fun you can have playing music is to play chamber music.  I love playing music no matter what type it is, but I am most at home in a string quartet or the like.  So much so that I am going to be founding a new performing group here in Georgia called the West Georgia Chamber Music Society.  We won’t be doing any playing for at least a year, but it is something important to me and I’ve just this week began the planning.

As for recommendations, there are too many to list here separately so I’ll do this – check out any chamber music by any composer you love and I practically guarantee that you’ll love it.  Below are a few of my favorites.

Any of these and many more await you.  Enjoy!