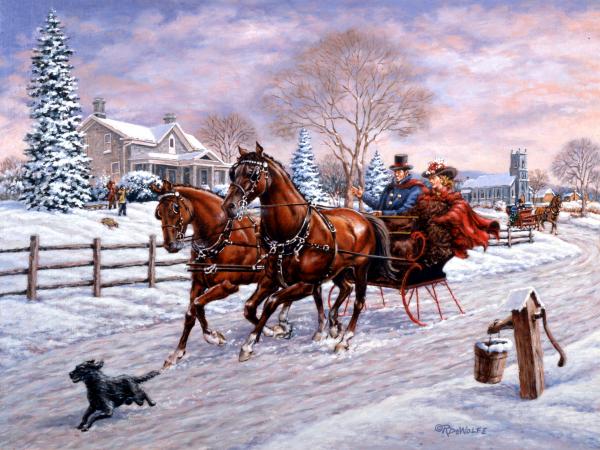 ).  This is when many string players make a nice chunk o’ change.  In order to be successful, you need to know the standard repertoire of holiday performances, and below are the 5 you should definitely know and know well.  I’ll also include some “honorable mentions” because Christmas and holiday gigs don’t just revolve around these five. 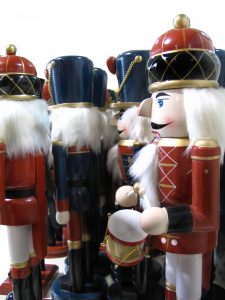 There are two ways this traditional Christmas work is performed; the orchestral suite, and the entire ballet.  Either way, this is probably the most difficult piece on the standard repertoire of holiday gigs.  The ballet itself is pretty tough.  Tchaikovsky is no friend to string players.  Ballet music differs from (some) opera or music theater because of the constant playing.  There are no breaks for dialogue or anything else for that matter.  That means that in addition to difficult passage work and key signatures, stamina is an issue.  Not included in the orchestral suite are pages and pages of beautiful but treacherous music that make string players break out in flop sweat.  The Waltz of the Snowflakes is a perfect example.  The rhythm is so difficult it makes orchestras weep.

The orchestral suite is no basket of fruit either.  The overture, march, and Waltz of the Flowers are all pretty tough.  The march has some violin passage work that is tough enough to require antidepressants.  The overture is a violist’s nightmare.  The waltz is tough for everybody, but so much fun to play.  The rest of the suite has various solos for different instruments but not too much trouble for the strings.  If you know the Nutcracker Suite, you are in good shape for holiday gigs.

Like the B minor Mass, the Christmas Oratorio is a mammoth undertaking.  The piece is almost 2 hours long and rarely played in its entirety at an informal holiday concert.  Like the Messiah (which we will discuss shortly), the instrumental parts are not prohibitively difficult, but they are incredibly exposed.  One foul note here or there sounds awful.  Luckily, most of it is in the relatively easy keys of D and G major.

While this is a great work that everyone should have the honor or performing at least once, it comes with logistical difficulties that make it problematic to perform.  A large choir is necessary as well as strong instrumentalists.  Period instruments

would be best, but not readily available.  Then you have the text which is in German, a tough language in which to sing.  Apart from these problems, the piece is awesome and if you’ve never heard it or performed it, make it a point in your life to do both. 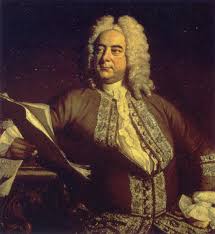 This piece is Christmas.  One of the most incredible acts of composition (Handel finished it in 24 days – it’s over 2 hours long), this is performed at least in part just about everywhere.  The entire piece is rarely performed at Christmas (everything after the “Hallelujah Chorus” is more appropriately performed at Easter), but the first hour or so is standard repertoire.  It doesn’t require a large orchestra or chorus so it is a relatively easy show to put on.  Like the Bach above, the parts are not very tough, but they are exposed.  You need to learn this like a Mozart or Haydn concerto; all notes perfectly in place or else.

For me, the Messiah always takes me back to my youth and my mother’s favorite Christmas recording – The Messiah with Eugene Ormandy and the Mormon Tabernacle Choir

.  It isn’t the finest recording, but she loved it.  In heaven, I’ll bet she cranked the volume up to 11 and played the @%! out Mr. Handel the day after Thanksgiving like we always did at home in the 80s.

This one isn’t performed as often as any of the above, but it is a beautiful piece that deserves to be played more.  It is for orchestra, chorus, and baritone solo.  There are a few spots here and there that are tough for the orchestra.  The string parts are thick and gorgeous with lots of divisi to interpret.  There is a long and pretty cello solo at the beginning that needs to be played well.  Surprisingly, I’ve rarely heard the cello solo played well, even on “good” recordings.

This piece has a few lesser known carols interspersed throughout its 12 minutes, orchestrated in Vaughn-Williams’ typical thick and heavy strings writing.  Listen for a few other little snippets of Christmas music throughout.  Hopefully you will have the pleasure of performing this as I have. 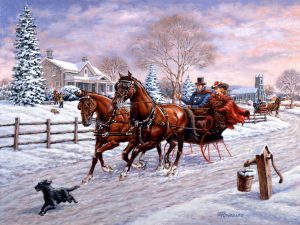 Both of these fun works are played regularly at holiday gigs so learn ’em now!  Sleigh Ride is just pure fun (not just for trumpet), but watch out in the violins!  There are some tough passages (especially the jazzy part toward the end).  Audiences love Sleigh Ride and tend to complain when orchestras fail to program it.  I’ve played it so often, I essentially have it memorized.  If you can do that too, you’ll be ahead of the curve come December.

The Christmas Festival has quickly become the Christmas carol medley for orchestras to perform everywhere.  It’s not terribly difficult, but it is well-orchestrated and lots of fun to play.  All instruments have good stuff to play (even the violas – wacka wacka), and it is in good keys for strings; D major, G major, E major, and C major.  Winds and brass don’t care for all those sharp keys, but hey, give us strings a chance for once.  One last thing.  It’s pronounced le-ROY Anderson, not LE-roy.  Just sayin’.

Both of these are usually found on Christmas Pops albums or performances.  I remember as a child listening to Arthur Fiedler and the Boston Pops

coming from the record player (you remember LPs right?) and those old Boston Pops recordings are still the best.

Holiday gigs are fun.  Usually they are not difficult, but sometimes they are.  After a few years, they are second nature to most professional musicians.  Everyone has to play these for the first time once.  After that, each successive gig becomes easier.

Any others that I missed?  Let me know and have a wonderful (and hopefully lucrative) holiday season!

Some nice playing here if I do say so myself. Thank you Lake Audio & Video for the great work!
… See MoreSee Less