The Classics – Gateways to Even Better Music 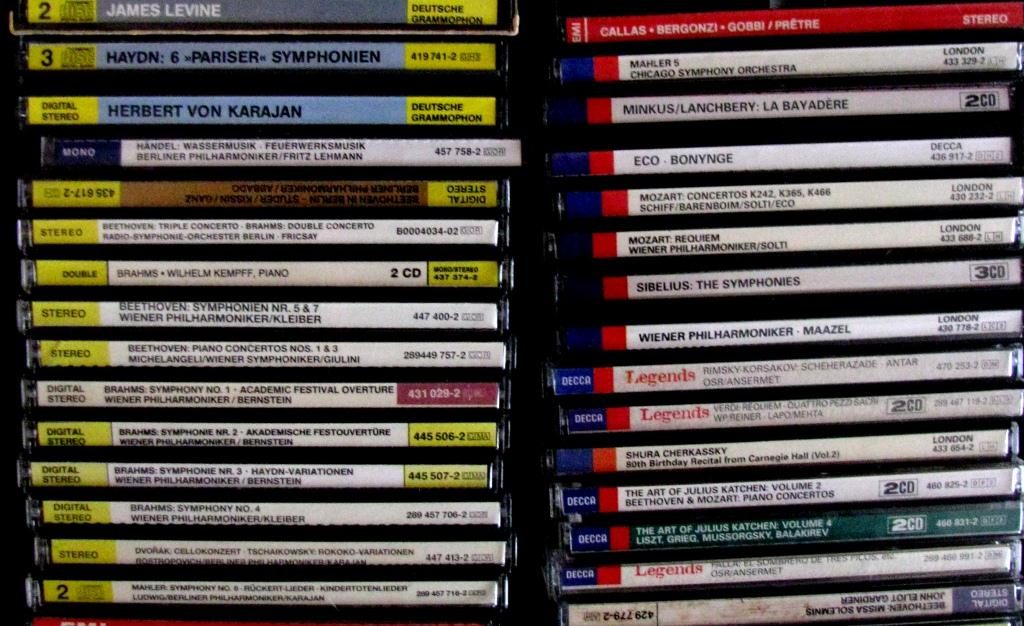 One of the criticisms I hear a lot regarding classical music is, there is only so much Mozart, Beethoven, or Tchaikovsky out there.  While that is true, most novice classical music lovers are usually unaware of the awesome depth of fine music from any one composer.  Mozart has 41 symphonies to choose from.  Brahms wrote gorgeous orchestral “serenades” before he undertook a full symphony.  Even Beethoven has other great orchestral and solo works outside of his greatest hits.  Below are a few examples of what to listen to next.  There are great classics by every composer, but there are also wonderful works that are sadly under-performed.  Let’s take a look at a few of those.

We’re starting with arguably the finest composer of them all, and my personal favorite.  Herr Beethoven wrote virtually no bad music.

Everyone loves the ninth symphony.  It is possibly the finest single symphony ever composed.  His other symphonies are all great as well.  The fifth (of course), the third (the gateway to the romantic period), and the sixth (Pastoral) are all considered classics.  Even his early symphonies (1st and 2nd) are important and fun.

Speaking of fun, the seventh symphony is that and much more.  From beginning to end, the seventh is rhythmic and joyous.  But what about the overlooked eighth?  Beethoven wrote the seventh and eighth together, and you can tell just by listening to them.  Yes, the seventh is more popular, but the eighth is just as raucous and fun as its predecessor.

Now, if you like the ninth symphony, you’ll love it’s oft-ignored partner, the Missa Solemnis.

Beethoven wrote a mediocre (by his standards) mass earlier in his career (The Mass in C), but it never caught on.  He made it his mission to compose a great mass, and from that we have this awesome work.  Quite simply, this is some of the best choral/orchestral writing in western music.

Johannes Brahms is known for his grandiose piano music as well as his symphonies  – all four of which are classics.  It took him over 20 years to finally publish his first symphony.  He was in his mid-40s, already an old man in the 19th century.  Often compared to Beethoven, he refused to “finish” a symphony dare it be not up to the standards of his predecessor.  He also had a terrible habit of harsh self-criticism, and in probably the biggest tragedy in classical music, he destroyed countless scores from his younger days.  That would be like the Beatles burning the tapes of their early music thinking it inferior.  We’ll never know what masterpieces by Brahms were lost to his lack of confidence.

Brahms wrote two symphonic works in his early career.  He called them “Serenades,” because in his mind, they weren’t worthy of being “symphonies.”  Both are charming and worth listening to and performing.  The first is slightly more popular, especially because there are no violins in the second one – oh dear God no!!  Serenade #1 is Brahms at his most joyous, and this piece would be a great symphony for most other composers besides Herr Direktor Brahms.

It’s hard to think of any Mozart music as being underrated or under-performed, but because of the vast catalogue of music he wrote, there are pieces that are not played enough.  A novice listener of the classics probably can’t say he’s ever heard a Mozart symphony earlier than #35.  It’s true that his final six symphonies are all wonderful, but let’s give some love to earlier works.  Two symphonies that are equally wonderful and somewhat popular (if not quite mature Mozart) are the 25th and 29th.  Anyone who has seen the terrific film Amadeus knows the 25th.  Mozart is at his most charming with the 29th.  The symphony is simple and beautiful.

Mozart’s chamber music is often overlooked aside from a few select works – the clarinet quintet, the “Dissonance” string quartet, and the G minor piano quartet (“Answer the Telephone”) are a few.  The second piano quartet in E-flat is sadly considered the “other” piano quartet, but it is wonderful.  Mozart wrote some of his best works in E-flat (Sinfonia Concertante, 39th symphony, Magic Flute overture), and this work fits right in.

Music After the Classics

I could go on for pages and pages with under-appreciated works of these composers and more.  Fortunately for you, I won’t.  I love music, and I love discovering new music.  Hearing a great work for the first time is a wonderful experience.  I recommend that anyone who loves music Google “underrated music by…” their favorite composers.  The results will shock you.  Even if you are more of a pop/rock music person, you should do the same.  Lesser-known music by great artists like The Beatles, Billy Joel, or Eric Clapton will surprise you.  If you love music, search for more of it.  You will be glad you did.

Finishing up an arrangement that I started several years ago. Along with some #deathwishcoffee #marydidyouknow #orchestra #symphony #sibelius #avid
… See MoreSee Less

Dedicated to Clark Johnson, the LSO 2022/23 season opening concert, ARTISTRY, is "Grand" with wonderful unadvertised additions to the concert program and a guest artist encore!

We’ll, Harold has been to Italy. Now we get a break and go to Spain for #carmen and #capriccioespagnol #violin #huntsvillesymphony #berlioz #bizet
… See MoreSee Less